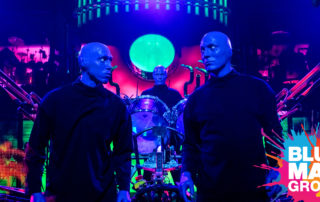 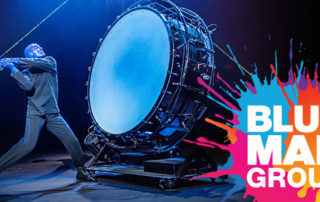 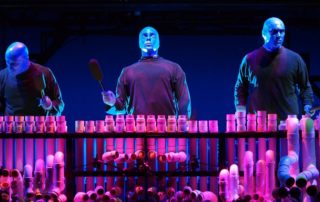 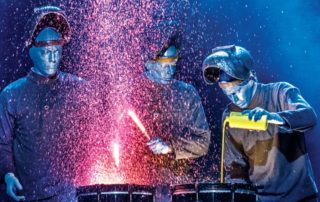 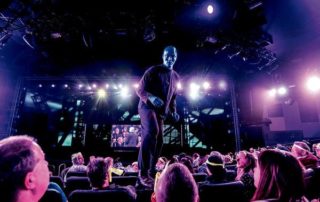 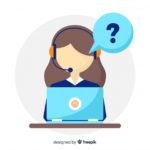 THESE OFFERS ARE ONLY AVAILABLE BY PHONE

Please give us a call

and begin booking your

YOU MUST CALL TO COMPLETE YOUR RESERVATION

• Age restriction:
No Age Restriction
• Location:
Blue Man Theater, Luxor
• Additional information:
N/A
• Show times:
7 p.m. nightly; 4 p.m. and 9:30 p.m. on select dates.
• Show Length:
105 Minutes
• Other Restrictions:
This show is recommended for children ages 3 and up due to the percussive music, movement of the performers/props in the auditorium and as a courtesy to other patrons. Patrons under the age of 16 must be accompanied by an adult 18 and over. Patrons 16 years of age and over may attend alone with a valid government issue photo ID.

Get ready to experience the ultimate sensory overload when our favorite blue bros take the stage and crank up the volume. An audiovisual encounter unlike anything else on the Strip, Blue Man Group is fun for the whole family and just doesn’t get old no matter how many times you see it.

The narrators of the Blue Man Group show profess to know a lot about human nature and social evolution, but the three bald and blue stars are oddly oblivious. Through music, movement and only a little bit of verbal communication, you become a part of this production and swim in the sights and sounds that douse the theater. The show is good clean fun with a variety of acts and quick-change illusions, but the core of its appeal is the company’s signature music, played on far-out, makeshift instruments.

Seriously fun and unconventionally educational, you’ll have had a lot of laughs, and have maybe even shaken your caboose. Go ahead and let your jaw drop open, after all, being consumed by entertainment produced by three blue men is a perfectly acceptable reaction.

No travel dates yet?

If you don’t have travel dates as yet, you can FlexBook to secure this prices and then decide on your dates later.Call TODAY 855-370-0820 to lock this promo price.

They are there to book you the best possible deal on the internet. Give us a call day or night.

Our price match guarantee gives you the peace of mind that you’re getting the best rate available.

We booked more than 100,000 vacation packages at hotels all over the US. 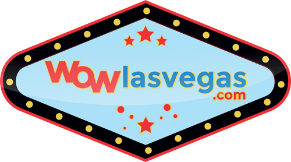